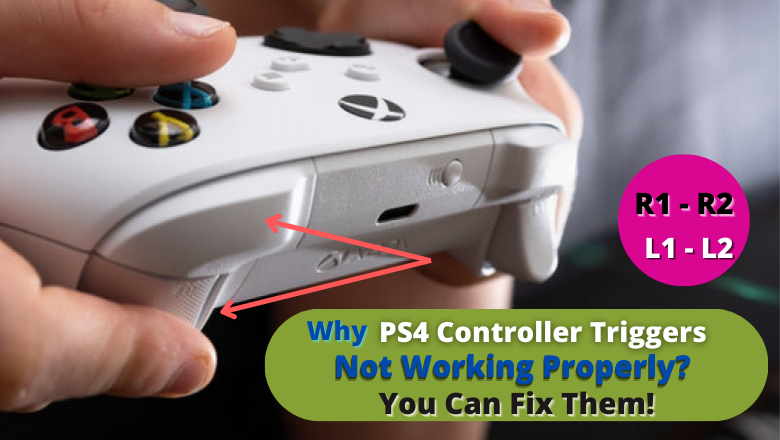 Are your PS4 controller triggers not working properly? It’s especially frustrating in racing games when your car only accelerates halfway. The problem is most likely with your PS4 trigger buttons, L2 and R2.

Before you throw the controller out the window and buy a new one, there’s a good chance you can fix the trigger buttons with a little DIY project.

Now, this article is more for people who have a controller that is working but not registering a full press. If your trigger buttons are straight-up not registering at all, chances are there’s a more serious problem inside the controller, and you might need to just buy a new one.

But first check the button of the old controller, recommend doing this first. The easiest way to narrow down the button on your controller that’s having issues is to use Gamepad Test Online.

I managed to fix mine using a piece of cardboard which I later switched out for a replacement rubber pad. Since I fixed it, the triggers have been working properly and register 100% press every time.

The reason the PS4 controller triggers are not working properly is the silicon adhesive pad underneath the trigger buttons wears out or cracks. These pads can be easily replaced with a PS4 silicon conductive rubber kit.

When I opened my controller, the silicon under the R2 button was cracked in the middle. I figure the reason for that was because every time you press the trigger button it kind of pinches the silicon.

After extended uses, all that pressing damages the silicon, and the sensor underneath the pad can’t register any actions.

While taking apart a PS4 controller to replace the adhesive shoulder pads is easy, there’s always a chance you might break something and make the situation worse. I’m not responsible for any damages that might occur during this project.

If you’re uncomfortable, I suggest taking the plunge and buying a whole new PS4 controller.

Connect the controller to your computer, open the website, and press buttons to see if they register at a full 1.00.Hold down the trigger buttons, do they register 1.0? If they’re having issues, it will probably be around 0.5 or even lower.

That’s good news because it means the triggers are still working we just need to replace the silicone pads. 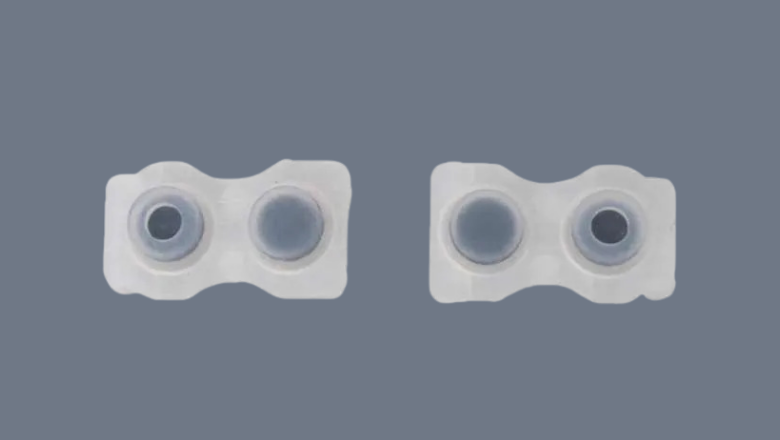 Alright, so we know the trigger buttons are working but not completely. The next step is to pop open the controller and replace the L2 and R2 conductive silicon pads.

These are located under the buttons and pressed down on the digital sensor.First, we’ll need to buy the replacement pads. There are lots of PS4 replacement pads online but they’re not universally compatible.

The pads you won't look like this See, you might think there’s only one PS4 controller model, but there are quite a few, and the pads are only compatible with specific PS4 controllers.

A new generation of controllers was released to improve the quality of the trigger buttons.

Under that series, there are usually three individual controller models.

What is My PS4 Controller Model Number

There are a few ways to figure out your PS4 controller’s model number. First, look at the rear of the controller for a product description under “Made in China”.

If you’ve had the controller for a while, chances are this will be rubbed off, and you won’t be able to make out all the information. The second way is to check the lights. The new generation of PS4 controllers have a light facing up on the touchpad, the older ones do not.

Third, open the controller and check the motherboard for a model number, it’s usually listed on the PCB.

If you can figure out which generation your controller belongs to, it shouldn’t be hard to find the right replacement pads.

These pads should work on the older PS4 controllers (JDM-001, JDM-11). If you have a controller that is having issues with the trigger buttons, there’s a good chance it’s an older model because the pads were known to break over time.

The new generation of controllers attempted to address the issue, so the pads on the new controllers are more durable.

Even if you buy the wrong pads, you can sometimes force them to work by cutting the edges and jamming them into the hole. You can also look for these on eBay or your local marketplaces. It’s a tiny piece of rubber.

In a Rush? Don’t Feel Like Replacing the Pads

A more ghetto fix for PS4 trigger buttons would be to open the controller and add a tiny bit of glue to the adhesive pads, keeping them tight and firm.

It will depend on how damaged the pads are, mine was cracked in the middle. Just make sure not to glue the pad to the trigger button.

My temporary fix was to add a piece of cardboard right under the trigger button… and it worked. Eventually, I replaced it with a proper adhesive pad. 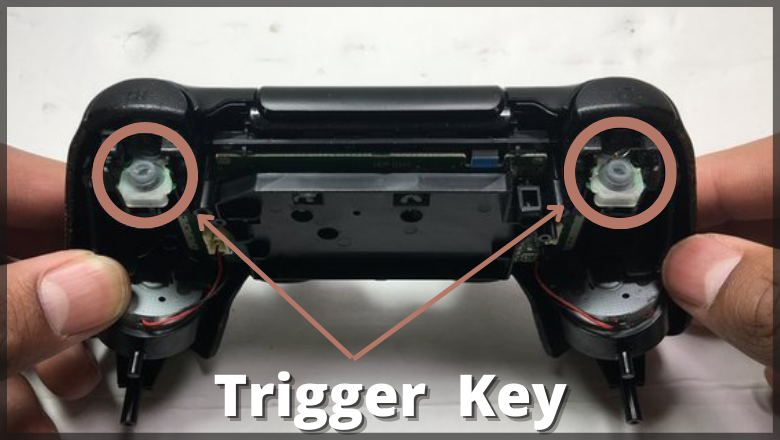 Thankfully opening a PS4 controller is easy all you need is a mini-Philips head screwdriver and some patience. The most important part is to open the controller slowly and carefully because the trigger buttons and their springs can launch out of the panels.

In most cases, once you inspect the trigger buttons, it’ll be easy to tell why they’re not working properly because something will look out of place. Usually, it’s an easy fix, and you can test the trigger buttons before reattaching all the screws using the gamepad tester site mentioned earlier.

It might take a bit of fiddling around until the buttons register as fully pressed. While you have the controller open, it’s a good idea to use a Q-Tip with some alcohol to clean the interior of the panels and buttons too.

So if you’re PS4 controller triggers are not working properly, now you know how to fix them. It’s a bit of a DIY project but shouldn’t take longer than 30 minutes, and if you’re slow, the risk of damaging the controller is pretty low.